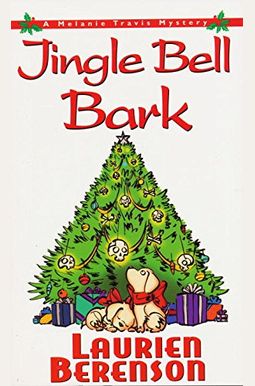 It's Christmas again, and Melanie Travis barely has time to pencil in some holiday festivities. Especially once she finds herself making a list of murder suspects--and checking it twice. . .

This year, all Melanie wants for Christmas is a dull moment. Between her son Davey, her teaching job, and showing her Standard Poodle puppy, Eve, there just aren't enough hours in the day. But when Davey's usual bus driver, Henry Pruitt, disappears and is replaced by a surly, pierced, twentysomething, Melanie is concerned. The elderly, amiable Henry was a friend to all in the neighborhood, so she decides to check on him. . .only to find that he died two days earlier, under suspicious circumstances. As if that weren't bad enough, Henry's two Golden Retrievers are now bereft of both master and home. Melanie can't just abandon them, so she brings them to her Aunt Peg, the most stubborn woman on the planet, who's now determined to find out the truth about Henry's death, no matter what it takes. Soon, the indomitable Aunt Peg has Melanie leashed to another murder investigation. And unless she sniffs out this Scrooge of a killer fast, a lump of coal in her stocking may not be the worst thing Melanie gets this Christmas. . .

0
|   0  reviews
Did you read Jingle Bell Bark? Please provide your feedback and rating to help other readers.
Write Review