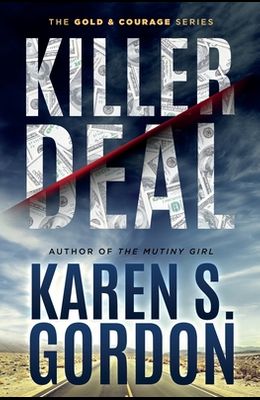 Killer Deal: A Thrilling Tale of Murder and Corporate Greed

. . . a fast-paced thriller . . . an intriguing look at the hunger for power, the ego of control, the persistence of greed, and two unlikely heroes whom we can cheer for . . . - BookTrib

Lauren Gold and Vance Courage jump at the chance to buy a luxury West Texas guest ranch. They've been looking for ways to launder a few million bucks and this deal seems perfect.

After settling in as the new owners, tragedy strikes. A body is found in one of the buildings. The ranch manager-a holdover-pressures them not to immediately report it. Meanwhile, rumors swirl that the Supreme Court Justice who died of natural causes at the ranch before they bought it might actually be an unsolved murder. Suspecting the killer might be among them, they begin to dig for clues.

What they unearth is chilling. The resort is ground zero for a secret society of global power brokers with a shocking agenda that stretches from Silicon Valley . . . to Frankfurt . . . all the way to Capitol Hill.

Starting out two steps behind, Gold and Courage must play catch-up. Or risk becoming the next victims.

★ ★ Double Finalist - IAN Book of the Year Awards in the Mystery and Thriller Suspense categories.

Gordon's satisfying thriller is unique in many respects, notably its vibrant setting and the unconventional nature of the characters. As secrets are brought to light, the author offers moments of breathtaking action. - The BookLife Prize

0
|   0  reviews
Did you read Killer Deal: A Thrilling Tale of Murder and Corporate Greed? Please provide your feedback and rating to help other readers.
Write Review

List of All Editions of Killer Deal: A Thrilling Tale of Murder and Corporate Greed