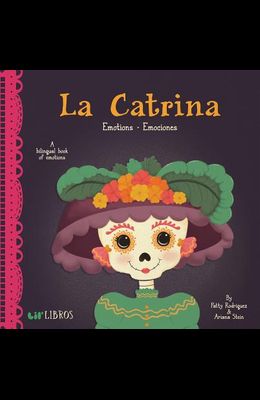 A Lil' Libros Book of Emotions

Inspired by one of the most recognized symbols of Dia De los Muertos (Day of the Dead), this book introduces little ones to emotional expressions and their first English and Spanish words--and teaches them to recognize feelings like emocionado (excited), triste (sad), and confiado (confident).

List of All Editions of La Catrina: Emotions-Emociones: Emotions - Emociones