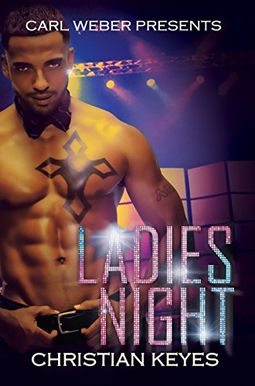 Amp Anthony is strong-willed, ruggedly handsome, with a body that women will pay just to look at. He is also a recently freed felon. It's not easy to make things whole again under the rules of the halfway house to which he's been released, especially since his parole officer would like nothing more than to send him back to prison. Amp is bound and determined to make sure that will never happen.

Like most felons, Amp has a hell of a time finding and keeping a job because of his record. When all else fails, he uses his body, letting women look for a price. If they're willing to pay more, they can even touch. Under the supervision of savvy club owner Madam Fox, Amp becomes one of the hottest male exotic dancers at Club Eden. Everything is strictly business until the club's attractive female DJ catches Amp's attention. Will either one of them be able to avoid the taboo of mixing business with pleasure? Ladies Night is an intense, thrilling, scandalous, and, at times, funny look at the transition of Amp Anthony from ex-con to exotic dancer, as he struggles to put the pieces of his life back together and escape the past that put him in prison in the first place.

List of All Editions of Ladies Night: Carl Weber Presents