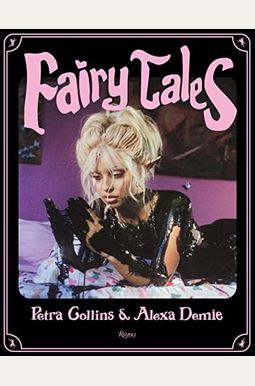 Fairy Tales is an erotic folklore of short stories shot by Petra Collins starring Alexa Demie. The pair created the concept and text collaboratively. Alexa portrays nine characters that embody new stories they would have liked to see. As children, Petra and Alexa were both enamored with fairy tales, which provided an escape from their own painful realities. Each of the nine tales are set in unique spaces, ranging from suburban homes and parking lots to fantastical sets. Petra and Alexa's chapters of elves, mermaids, sirens, water sprites, fallen angels, fairies, witches, and banshees blend their own stories with retold fairy tales. The photos combine elements of camp, prosthetics, and shibari in a surreal update to the imagery of the Brothers Grimm, Hans Christian Anderson, Charles Perrault, and others.

0
|   0  reviews
Did you read Law Of Privilege? Please provide your feedback and rating to help other readers.
Write Review