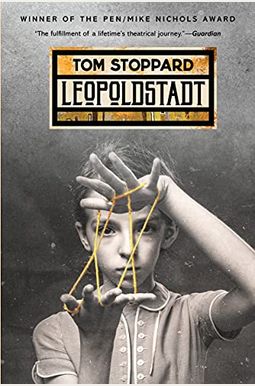 From Britain's greatest living playwright (Times), Tom Stoppard's new play is an intimate drama with an epic sweep, relating the story of a family who made good. Opening in 1900 in Vienna, the most vibrant city in Europe, where a tenth of the population were Jews, who had been granted full civil rights by Emperor Franz Josef a generation earlier. As hundreds of thousands fled the Pale and the pogroms of the East to settle and find sanctuary in the crowded tenements of the old Jewish quar-ter, Leopoldstadt, the city hummed with artistic and intellectual excitement. Yet half a century later, when desolation and tragedy spread across the continent, the family re-discovers what it means to be Jewish in the twentieth century.

With Stoppard's characteristic wit, as well as his deep pathos, Leopoldstadt is a major literary event.

0
|   0  reviews
Did you read Leopoldstadt? Please provide your feedback and rating to help other readers.
Write Review