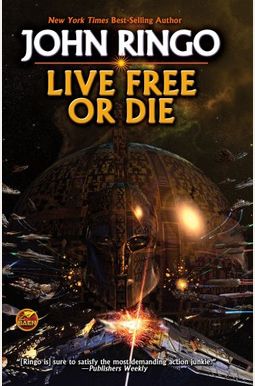 First Time in Paperback. Beginning a New Series by a New York Times Best-Selling Author. Will the People of Earth Bow Down to Alien Overlords--or Will They Fight Back? First Contact Was Friendly When aliens trundled a gate to other worlds into the Solar System, the world reacted with awe, hope, and fear. The first aliens to come through, the Glatun, turned out to be peaceful traders, and the world breathed a sigh of relief. Who Controls the Orbitals, Controls the World When the Horvath came through, they announced their ownership of us by dropping rocks on three cities and gutting them. Since then, they've held Terra as their own personal fiefdom. With their control of the orbitals, there's no way to win and Earth's governments have accepted the status quo. Live Free or Die To free the world from the grip of the Horvath is going to take an unlikely hero. A hero unwilling to back down to alien or human governments, unwilling to live in slavery, and with enough hubris, if not stature, to think he can win. Fortunately, there's Tyler Vernon. And he has bigger plans than just getting rid of the Horvath. Troy Rising is a book in three parts--Live Free or Die being the first part--detailing the freeing of Earth from alien conquerors, the first steps into space using off-world technologies and the creation of Troy, a thousand-trillion-ton battle station designed to secure the Solar System.

0
|   0  reviews
Did you read Live Free Or Die (Troy Rising Series)? Please provide your feedback and rating to help other readers.
Write Review