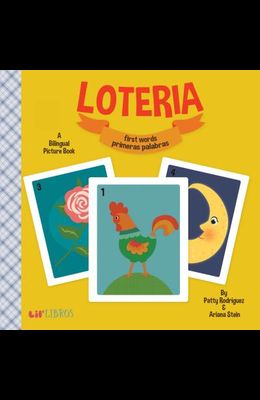 Introduce your little one to one of the oldest games of chance, Loteria, as you teach them their first English and Spanish words Learn el gallo (the rooster), la luna (the moon), el coraz n (the heart), and more.