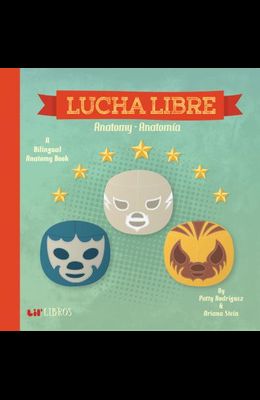 Since its debut in 1863, the sport of Lucha Libre has earned the love and respect of millions of people around the world. Inspired by the colorful world of wrestling, this book will introduce children to body parts, and their first English and Spanish words with the help of super heroes with masks and capes

List of All Editions of Lucha Libre: Anatomy-Anatomia: Anatomy - Anatomia