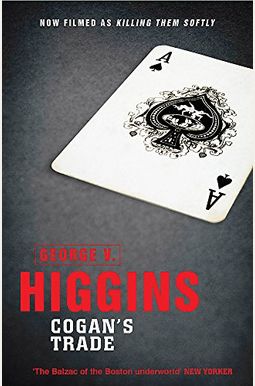 Coogan's Trade is the basis for the upcoming movie Killing Them Softly, starring Brad Pitt.

Cogan's Trade is the top-notch crime novel rated by the The New Yorker as the best from the Balzac of the Boston underworld. Crackling dialogue, mordant humor, and unremitting tension drive the suspenseful stakes of the game higher in Boston's precarious underworld of small-time mobsters, crooked lawyers, and political gofers as George V. Higgins, the writer who boiled crime fiction harder, tracks Jackie Cogan's career in a gangland version of law and order. For Cogan is an enforcer; and when the Mob's rules get broken, he gets hired to ply his trade: murder.

In the gritty, tough-talking pages of Higgins' 1974 national bestseller, Cogan is called in when a high-stakes card game under the protection of the Mob is heisted. Expertly, with a ruthless businessman's efficiency, a shrewd sense of other people's weaknesses, and a style as cold as his stare, Cogan moves with reliable precision to restore the status quo as ill-conceived capers and double-dealing shenanigans erupt into high-voltage violence.

0
|   0  reviews
Did you read MáTalos Suavemente? Please provide your feedback and rating to help other readers.
Write Review