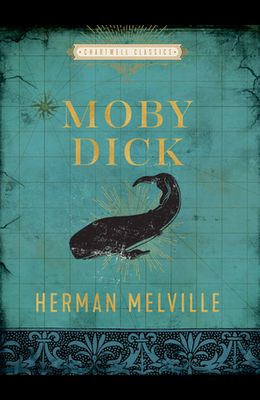 Ishmael finds himself on a sprawling, epic hunt for the great white whale in one of the most singular and celebrated novels in American literature.

First published in 1851, Moby Dick is narrated by the young seaman Ishmael who takes ship on the whaler Pequod, under the command of Captain Ahab. Once at sea Ahab reveals that their voyage is not aimed at profitable whaling so much as pure vengeance as they are to hunt the white whale that maimed him, leaving him with a single leg. A rich array of memorable characters are introduced as the Pequod sails the sea, encountering other whalers, hunting whales and seeking Moby Dick. Sprawling and discursive, luxuriant and richly textured, Melville's novel is almost a world unto itself. Life aboard ship, friendships between the diverse collection of sailors and the hazardous adventure of confronting whales on the open sea are captured unforgettably, but all of this is under the shadow of Ahab's all-consuming hatred of the white whale. As the ship draws nearer to confrontation with her captain's nemesis, the novel moves toward a devastating climax. Initially greeted with little enthusiasm by American critics, a notable exception being Nathaniel Hawthorne, Moby Dick has since come to be seen as one of the greatest achievements of American fiction and a classic for the ages.

With an eye-catching new cover, and professionally typeset manuscript, this edition of Moby Dick is both modern and readable.

0
|   0  reviews
Did you read Moby Dick? Please provide your feedback and rating to help other readers.
Write Review