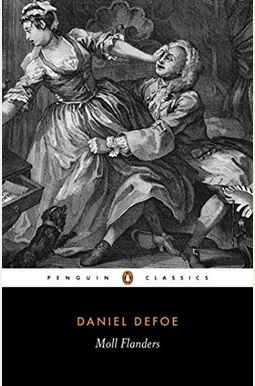 A tour-de-force of writing by Daniel Defoe, this extraordinary novel tells the vivid and racy tale of a woman's experience in the seamy side of life in late seventeenth- and early eighteenth-century England and America. Born in Newgate prison, and seduced in the home of her adoptive family, Moll learns to live off her wits, defying the traditional depiction of women as helpless victims. First published in 1722, and one of the earliest novels in the English language, its account of opportunism, endurance, and survival speaks as strongly to us today as it did to its original readers. This new edition offers a critically edited text and a wide-ranging introduction by Linda Bree, who sheds light on the circumstances out of which the novel grew, its strengths and weaknesses as fiction, and the social and cultural issues examined in the novel. In addition, her comprehensive notes clarify meanings, allusions, and other references. Finally, the book includes a glossary, a note on money, and maps of England, London, and the American colonies.
About the Series: For over 100 years Oxford World's Classics has made available the broadest spectrum of literature from around the globe. Each affordable volume reflects Oxford's commitment to scholarship, providing the most accurate text plus a wealth of other valuable features, including expert introductions by leading authorities, voluminous notes to clarify the text, up-to-date bibliographies for further study, and much more.

3
|   2  reviews
Did you read Moll Flanders: The Fortunes and Misfortunes of the Famous Moll Flanders? Please provide your feedback and rating to help other readers.
Write Review
1