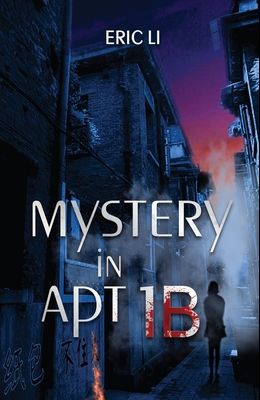 Mystery in Apt 1B

Trembling, I lie in bed, in that state between consciousness and dreaming. In the distance, I hear tense meows from a cat. Did I hear the same voice? Fighting an inexplicable fear choking my throat, I open my eyes. Out of the corner of my eye, I see that man lying on the ground, motionless. His dull eyes, like those of a dead fish, stare at me. There is a strange coldness about him, making him seem almost fake. I am sure there is no life left in him. Sally Reed and fianc Warren Holloway visit Wuhan, China expecting to have a relaxing vacation that will reinvigorate their relationship. But when Sally begins having horrific nightmares about a man who died in the apartment where they're staying, their trip morphs into an investigation of a decades-old cold case. The victim died in a locked room-there was no way in or out-so suicide appeared to be the only possibility. But Li, a retired detective, told them he's always suspected otherwise. As Sally, Warren, and Li start to uncover dark secrets of the past, they run into more and more inexplicable events. Can they solve the locked-room case? Can they survive the wrath of dangerous forces in their paths?

Frequently Asked Questions About Mystery in Apt 1B

0
|   0  reviews
Did you read Mystery in Apt 1B? Please provide your feedback and rating to help other readers.
Write Review

List of All Editions of Mystery in Apt 1B