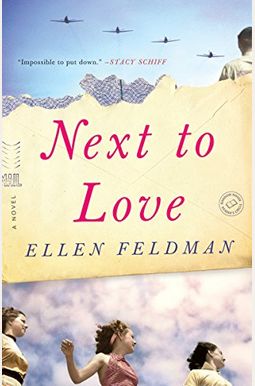 For fans of The Guernsey Literary and Potato Peel Society, The Postmistress, and Hotel on the Corner of Bitter and Sweet, a story of love, war, loss, and the scars they leave set during the years of World War I and its aftermath.

It's 1941. Babe throws like a boy, thinks for herself, and never expects to escape the poor section of her quiet Massachusetts town. Then World War I breaks out, and everything changes. Her friend Grace, married to a reporter on the local paper, fears being left alone with her infant daughter when her husband ships out; Millie, the third member of their childhood trio, now weds the boy who always refused to settle down; and Babe wonders if she should marry Claude, who even as a child could never harm a living thing. As the war rages abroad, life on the home front undergoes its own battles and victories; and when the men return, and civilian life resumes, nothing can go back to quite the way it was. From postwar traumas to women's rights, racial injustice to anti-Semitism, Babe, Grace, and Millie experience the dislocations, the acute pains, and the exhilaration of a society in flux. Along the way, they will learn what it means to be a wife, a mother, a friend, a fighter, and a survivor. Beautiful, startling, and heartbreaking, Next to Love is a love letter to the brave women who shaped a nation's destiny. Impossible to put down. --Stacy Schiff Look for special features inside. Join the Circle for author chats and more.

Frequently Asked Questions About Next To Love

0
|   0  reviews
Did you read Next To Love? Please provide your feedback and rating to help other readers.
Write Review