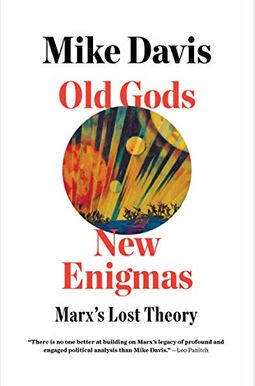 Old Gods, New Enigmas is the highly-anticipated book by the best-selling author of City of Quartz and Planet of Slums. Mike Davis spent years working factory jobs and sitting behind the wheel of an eighteen wheeler before his profile as one of the world's leading urbanists emerged with the publication of his sober, if dystopian survey of Los Angeles. Since then, he's developed a reputation not only for his caustic analysis of ecological catastrophe and colonial history, but as a stylist without peer.

Old Gods, New Enigmas is Davis's book-length engagement with Karl Marx, marking the 200th anniversary of Marx's birth and exploring Davis's thinking on history, labor, capitalism, and revolution - themes ever present the early work from this leading radical thinker. This will be his first book on Marxism itself. In a time of ubiquitous disgust with political and economic elites, explores the question of revolutionary agency--what social forces and conditions do we need to transform the current order?--and the situation of the world's working classes from the US to Europe to China. Even the most preliminary tasks are daunting. A new theory of revolution needs to return to the big issues in classical socialist thought, such as clarifying proletarian agency, before turning to the urgent questions of our time: global warming, the social and economic gutting of the rustbelt, and the city's demographic eclipse of the countryside. What does revolution look like after the end of history?