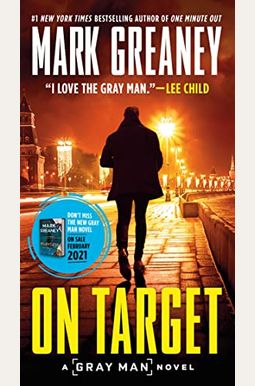 Killing is Court Gentry's business. Now, his business is about to get personal in the second Gray Man novel from #1 New York Times bestselling author Mark Greaney.

Four years ago, Court Gentry was betrayed by his handlers in the CIA. To survive, he had to eliminate his own brothers in arms. Now, as a master assassin known as the Gray Man, he makes his living killing other people. But when an old comrade he thought dead returns to haunt him, his own life is put in the crosshairs. The man wants Court to complete a mission, with one crucial catch to his orders: Instead of a difficult assassination, the job will entail a near impossible kidnapping--and Court must return his quarry to the very CIA team that turned on him. With his unforgiving employers on one side, his blackmailing former friends on the other, and a doomed mission ahead, Court Gentry would kill to get out of this one alive.

Frequently Asked Questions About On Target

0
|   0  reviews
Did you read On Target? Please provide your feedback and rating to help other readers.
Write Review