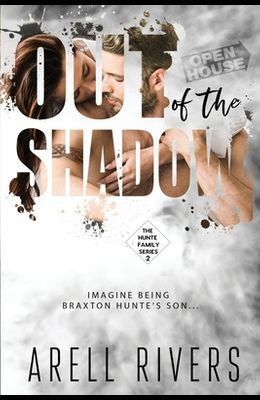 Out of the Shadow: Imagine Being Braxton Hunte's Son

Nothing ever came easy to Angie Russo. Hard work, loyalty, and sheer grit made her the kick-ass realtor she is today. But when her best still isn't good enough, Angie decides to try something different. Maybe a stint on the new real estate reality show can give her the notoriety she needs to push her firm to #1. Her chances of winning the show's prize are high.until she meets the entitled, cavalier, and all-too-sexy jerk she's competing against.

Angie's big chance is King Hunte's rock bottom. He screwed up big, and he needs money fast. The silly real estate competition should be a breeze to win. Or, at least it would be, if not for the sassy, determined, and ridiculously desirable Angie. King's suddenly forced to work harder than he ever has, and he's shocked to find that he actually enjoys it.almost as much as he savors the combustible chemistry he shares with his prickly co-star.

Just as Angie discovers there's more to King than meets the eye, King realizes Angie could be the key to the life he's always secretly wanted. When a ghost from the past emerges to threaten their future together, Angie and King must overcome the obstacles the show-and life-throw at them, or see their shot at love end before the first commercial break.

Frequently Asked Questions About Out of the Shadow: Imagine Being Braxton Hunte's Son

0
|   0  reviews
Did you read Out of the Shadow: Imagine Being Braxton Hunte's Son? Please provide your feedback and rating to help other readers.
Write Review

List of All Editions of Out of the Shadow: Imagine Being Braxton Hunte's Son