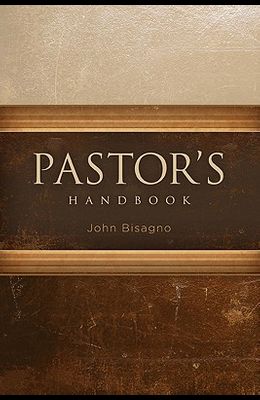 Pastor's Handbook is the major expansion and revision of beloved preacher John R. Bisagno's previously heralded work, Letters to Timothy. Based on his sixty years in ministry, it now includes 162 brief yet powerful chapters of practical insight for handling real life pastoral issues--things that might have fallen through the cracks in seminary. Bisagno still mentors young pastors in his retirement and recognizes new challenges in this profession known for its high dropout rate. Keeping that in mind, Pastor's Handbook adds helpful entries on such issues as The Seeker Friendly Church, Jesus' Answer to Worship Wars, Multiple Campuses, New Media, and The Church Boss as well as Pornography, Biblical Inerrancy, Homosexuality, and many other timely topics. Bisagno also refreshes many of the original chapters, factoring in new world issues and his updated survey of pastoral colleagues. My prayer is that an entire new generation of pastors and church planters will use this book to develop the necessary perspective, convictions, character, and skills needed for ministry in the twenty-first century from this giant of the twentieth century.
--Rick Warren, author, The Purpose-Driven Church John R. Bisagno is pastor emeritus of the 25,000-member Houston's First Baptist Church where he preached for thirty years. He has also authored thirty books and now serves on the adjunct faculty of Southwestern Baptist Theological Seminary. Bisagno and his wife, Uldine, have three children and eight grandchildren. They live in Houston, Texas.

0
|   0  reviews
Did you read Pastor's Handbook? Please provide your feedback and rating to help other readers.
Write Review