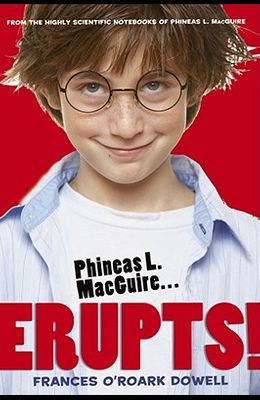 HERE'S WHAT YOU NED TO KNOW ABOUT PHINEAS L. MACGUIRE,
BOY-SCIENTIST EXTRAORDINAIRE, AKA MAC:

1. He's allergic to purple, telephone calls, and girls, and can prove it. 2. He's probably the world's expert on mold, including which has the highest stink potential. 3. He does not have a best friend. He does, however, have an un-best friend, who he does not -- repeat, not -- want to upgrade to best-friend status. But disaster strikes when his teacher pairs Mac and his un-best friend together for the upcoming science fair. Worse, this un-best friend wants the project to be on dinosaurs, which is so third grade. Worse still, it seems as though everyone else in his class finds the un-best friend as unlikable as Mac does. But, being a boy-scientist, once Mac notices this, he just might have to do some investigating. This very funny young middle-grade novel includes tantalizingly grue- some experiments for exploding your own volcanoes and imploding marshmallows.

0
|   0  reviews
Did you read Phineas L. Macguire ...Erupts!? Please provide your feedback and rating to help other readers.
Write Review

List of All Editions of Phineas L. Macguire ...Erupts!