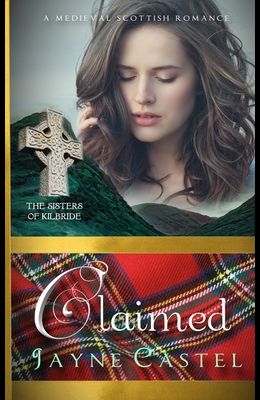 A widow intent on taking the veil. The guard who would lay down his life for her. The proposal that will alter their relationship forever. A powerful tale of unrequited love in Medieval Scotland.

Lady Drew MacKinnon doesn't belong anywhere. A widow who has never remarried, she decides that the time has come for her to do as society expects and take the veil. But as Drew is neither pious, nor obedient in nature, she knows her new path won't be an easy one.

Carr Broderick has served the MacKinnon clan loyally for years. And unbeknown to Drew, he's been in love with her for just as long. He offers to escort Drew to her new life at a priory on the Scottish mainland, but this last mission will cost him. He longs to tell her how he feels, yet she is a lady and he is a warrior without lands, riches, or title.

But when Lady Drew approaches Carr with a shocking proposal halfway through their journey, he might just have the chance he's always longed for. Or will he?

CLAIMED is the epilogue novella to The Sisters of Kilbride series set in 14th Century Isle of Skye, Scotland.