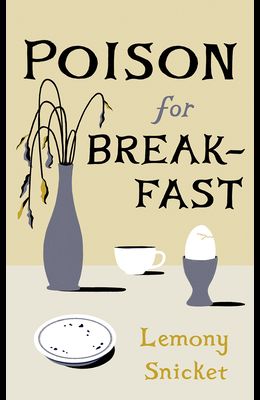 Are you confused? Do you have any idea what is going on? Of course you are, and of course you don't.

The clues in this investigation include a suspicious stranger, an upsetting supermarket, the strange way literature is made, painful embarrassment, long songs, improperly prepared eggs, and other things which I happen to think are important.

Some people might call Poison for Breakfast a book of philosophy, and hardly anyone likes a book of philosophy. When a person begins to investigate this bewildering world and their own inevitable death, they begin to suffer from a deeply troubling kind of bewilderment experienced by anyone foolish enough to love literature.

Unless you are that sort of person, I recommend reading something else entirely.

With all due respect,
Lemony Snicket

0
|   0  reviews
Did you read Poison for Breakfast? Please provide your feedback and rating to help other readers.
Write Review