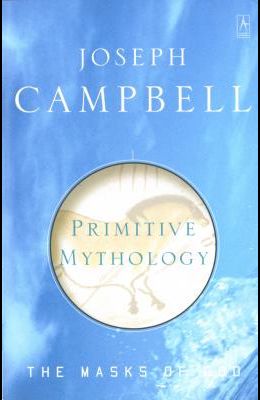 Primitive Mythology (The Masks of God)

Book #1 in the The Masks of God Series
by
Joseph Campbell
$7.12
Select Format

Explore the power of myth as humanity first discovered it

In this first volume of The Masks of God -- Joseph Campbell's major work of comparative mythology -- the preeminent mythologist looks at the wellsprings of myth. From the earliest expressions of religious awe in cave paintings and sculptures to the rites and art of contemporary primal tribes, myth has informed humankind's understanding of the world, seen and unseen. Exploring these archetypal mythic images and practices, Campbell examines the basic concepts that underlie all human myth, even to this day.

The Masks of God is a four-volume study of world religion and myth that stands as one of Joseph Campbell's masterworks. On completing it, he wrote:

Its main result for me has been the confirmation of a thought I have long and faithfully entertained: of the unity of the race of man, not only in its biology, but also in its spiritual history, which has everywhere unfolded in the manner of a single symphony, with its themes announced, developed, amplified and turned about, distorted, reasserted, and today, in a grand fortissimo of all sections sounding together, irresistibly advancing to some kind of mighty climax, out of which the next great movement will emerge.

This edition is part of the Collected Works of Joseph Campbell series. Joseph Campbell Foundation has worked with scientists and academics to bring the anthropological information Campbell explores in line with the best twenty-first century scholarship.

Frequently Asked Questions About Primitive Mythology (The Masks of God)

The Masks of God Series In Order - By Joseph Campbell

0
|   0  reviews
Did you read Primitive Mythology (The Masks of God)? Please provide your feedback and rating to help other readers.
Write Review

List of All Editions of Primitive Mythology (The Masks of God)