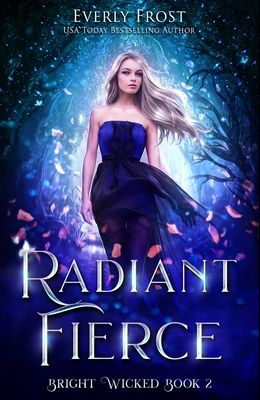 When Aura Lucidia unwittingly invoked the Law of Champions, she bound herself to the fate of her fiercest enemy-the human warrior, Nathaniel Shield. Now she will be forced to fight him to the death at the end of the third day.

Aura becomes a traitor to her people when she chooses to save Nathaniel's life in a battle that reveals her real enemies and the truth about her past.

With the foundations of her life destroyed, she has no choice but to escape with Nathaniel into the heart of Fell, a land of dark creatures and savage laws ruled by a cruel King.

But with every step they take, Nathaniel's secrets grow and so does the intense attraction between them until the truth that Nathaniel is hiding threatens to tear Aura apart.

Now she must choose between loyalty or survival.

But how can she follow her heart when she's destined to kill the man she loves?

Aura and Nathaniel have two days left to live. The second day has begun.

﻿Recommended reading age is 17+ for sex scenes and language.

0
|   0  reviews
Did you read Radiant Fierce? Please provide your feedback and rating to help other readers.
Write Review