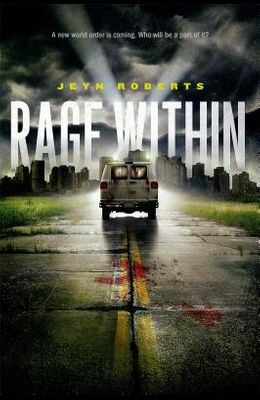 Book #2 in the Dark Inside Series
by
Jeyn Roberts
$3.88
Select Format

In this apocalyptic sequel to Dark Inside's well-balanced, realistic suspense (Kirkus Reviews), four teens continue the struggle for survival as they face a world gone mad.

Aries, Clementine, Michael, and Mason have survived the first wave of the apocalypse that wiped out most of the world's population and turned many of the rest into murderous Baggers. Now they're hiding out in an abandoned house in Vancouver with a ragtag group of fellow teen survivors, trying to figure out their next move.
Aries is trying to lead, but it's hard to be a leader when there are no easy answers and every move feels wrong. Clementine is desperate to find her brother Heath, but it's impossible to know where he'd be, assuming he's alive. Michael is haunted by the memories of his actions during his harrowing struggle to survive. And Mason is struggling with something far worse: the fear that he may be a danger to his friends.
As the Baggers begin to create a new world order, these four teens will have to trust and rely on each other in order to survive.

Frequently Asked Questions About Rage Within

Dark Inside Series In Order - By Jeyn Roberts

What should you read after Rage Within Book? Here is a list of books to read if you read and loved Rage Within

0
|   0  reviews
Did you read Rage Within? Please provide your feedback and rating to help other readers.
Write Review