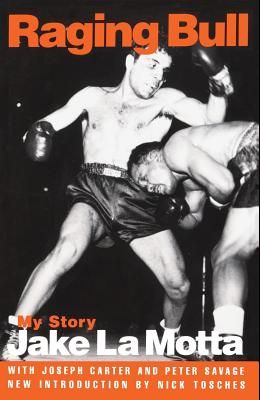 Meet Jake La Motta: thief, rapist, killer. Raised in the Bronx slums, he fought on the streets, got sent to reform school, and served time in prison. Trusting no one, slugging everyone, he beat his wife, his best friends, even the mobsters who kept the title just out of reach. But the same forces that made him criminal - fear, rage, jealousy, self-hate, guilt - combined with his drive and intelligence to make him a winner in the ring. At age 27, after eight years of fighting, he became Middleweight Champion of the World, a hero to thousands. Then, at the peak of success, he fell apart, and began a swift, harrowing descent into nightmare. Raging Bull, the Bronx Bull's brutally candid memoir, tells it all - fights, jails, sex, money - surpassing, in hard-hitting prose, even the movie that immortalized it.

0
|   0  reviews
Did you read Raging Bull: My Story? Please provide your feedback and rating to help other readers.
Write Review

List of All Editions of Raging Bull: My Story