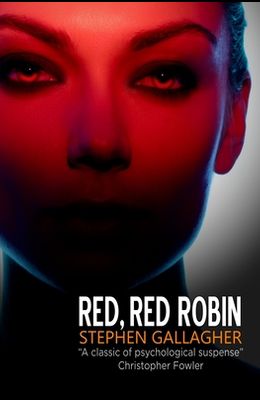 2.8 Out of 5
We search the most popular review sites and give you one score you can trust!

A Classic of psychological suspense that sets this year's benchmark in written terror. Plot, pace and prose skewer you on page one and keep you pinned until the very last line Christopher Fowler

When Ruth Lasseter hires an escort to cover for a workplace affair, she unwittingly lets a deeply disturbed young man into her life. Though she survives the consequence, she's left with the lingering suspicion that he hasn't simply disappeared, but has gone on to reinvent himself. He's still out there, taking out his problems on other women just like her.

There was a moment where Ruth had her chance to stop him for good. But she didn't take it.

Now she realizes that closure - and the safety of every other woman in his path - lie on the other side of a very dangerous line.

A classic of the suspense genre, an obsessive read with a genuinely sinister central character The London Times

The final, inevitable showdown proves as powerful as the promise that Gallagher has built up, page upon gripping page of this compelling, unusually sensitive chiller Mystery Scene

0
|   0  reviews
Did you read Red, Red Robin? Please provide your feedback and rating to help other readers.
Write Review