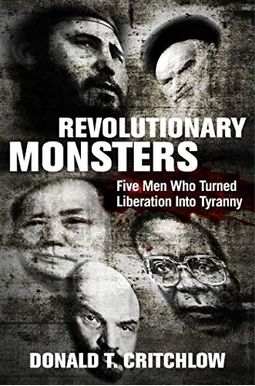 All sparked movements in the name of liberating their people from their oppressors--capitalists, foreign imperialists, or dictators in their own country. These revolutionaries rallied the masses in the name of freedom, only to become more tyrannical than those they replaced. Much has been written about the anatomy of revolution from Edmund Burke to Crane Brinton Crane, Franz Fanon, and contemporary theorists of revolution found in the modern academy. Yet what is missing is a dissection of the revolutionary minds that destroyed the old for the creation of a more harmful new. Revolutionary Monsters presents a collective biography of five modern day revolutionaries who came into power calling for the liberation of the people only to end up killing millions of people in the name of revolution: Lenin (Russia), Mao (China), Castro (Cuba), Mugabe (Zimbabwe), and Khomeini (Iran). Revolutionary Monsters explores basic questions about the revolutionary personality, and examines how these revolutionaries came to envision themselves as prophets of a new age.

5
|   5  reviews
Did you read Revolutionary Monsters: Five Men Who Turned Liberation Into Tyranny? Please provide your feedback and rating to help other readers.
Write Review
1

List of All Editions of Revolutionary Monsters: Five Men Who Turned Liberation Into Tyranny