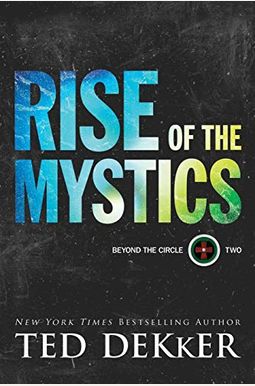 Rise Of The Mystics (Beyond The Circle)

Book #2 in the Beyond the Circle Series
by
Ted Dekker
$17.99
Select Format

Some say the great mystery of how one can live in two worlds at once died with Thomas Hunter many years ago. Still others that the gateway to that greater reality was and is only the stuff of dreams. They are all wrong.

Rachelle Matthews, who grew up in the small town of Eden, Utah, discovered just how wrong when she dreamed and awoke in another world. There she learned that she was the 49th Mystic, the prophesied one, tasked with finding five ancient seals before powerful enemies destroy her. If Rachelle succeeds in her quest, peace will reign. If she fails, the world will forever be locked in darkness. In The 49th Mystic, Rachelle found the first three of those five seals through great peril and mind-altering adventure. But two seals remain hidden and the fate of both worlds hangs in their balance. As Rachelle Matthews sits deep in a dungeon, Vlad Smith is just getting started. Thomas Hunter's world is about to be turned inside out. The mystics say that there is no defense against the Fifth Seal--but finding it will cost Rachelle everything. So begins the final volume of high stakes in one girl's quest to find an ancient path that will save humanity. The clock is ticking; the end rushes forward. Ready? Set? Dream.

Frequently Asked Questions About Rise Of The Mystics (Beyond The Circle)

Beyond the Circle Series In Order - By Ted Dekker

Books like Rise Of The Mystics (Beyond The Circle)

0
|   0  reviews
Did you read Rise Of The Mystics (Beyond The Circle)? Please provide your feedback and rating to help other readers.
Write Review