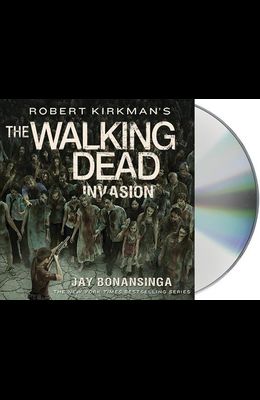 Book #6 in the The Walking Dead (Novels) Series
by
Jay Bonansinga and Fred Berman and Robert Kirkman
$44.99
Select Format

Out of the ashes of a devastated Woodbury, Georgia, two opposing camps of ragtag survivors develop - each one on a collision course with the other.

Underground, in the labyrinth of ancient tunnels and mine shafts, Lilly Caul and her motley crew of senior citizens, misfits, and children struggle to build a new life. But a secret ambition still burns in Lilly's heart and soul. She wants her beloved town of Woodbury back from the plague of walkers, and now the only thing that stands in her way currently roams the wasted backwaters of Georgia.

Way out in the hinterlands, amidst the rising tide of walkers that seem to be pushing in from all directions, the psychotic Reverend Jeremiah Garlitz rebuilds his army of followers with a diabolical secret weapon. He has designs on the destruction of Lilly and her crew - the very people who vanquished his cultish church - and now, for the first time, he has the means to bring a special brand of hell down upon the tunnel dwellers.

The final confrontation between these two human factions unleashes an unthinkable weapon - forged from the monstrous hordes of undead, perfected by a madman, and soaked in the blood of innocents.

From the creator of the TV sensation The Walking Dead comes the next installment in this terrifying and completely original series, where the legions of the dead come alive to carve out their domain from the television to the audio.

The Walking Dead (Novels) Series In Order - By Jay Bonansinga

0
|   0  reviews
Did you read Robert Kirkman's the Walking Dead: Invasion? Please provide your feedback and rating to help other readers.
Write Review

List of All Editions of Robert Kirkman's the Walking Dead: Invasion