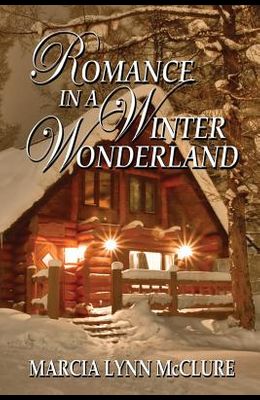 Romance in a Winter Wonderland

As Keeley unbuckled her seat belt, she looked up to see a man step out of the cabin that was the Snow Creek Ranch office and start toward them.

Thank you, Santa Claus, she mumbled to herself--for the man walking toward them was unquestionably the most attractive, the most well-formed, the most striking, the most handsome, sexiest man she had ever seen

He looked to be in his mid-twenties. He wore jeans, weathered comp-toe work boots, and a classic barn coat that hung open to reveal the black-and-red flannel shirt beneath it. But it wasn't his manly, capable attire that so captivated Keeley--left her mouth agape and her eyes widened. It was his clean-cut dark brown hair, downright seductive oval, almost rectangular eyes, square jaw, and sensational movie-star smile

Boom-boom-foxy Paisley said as she leaned over Keeley to stare at the man who had reached their SUV and was offering a friendly handshake to her father.

Frequently Asked Questions About Romance in a Winter Wonderland

0
|   0  reviews
Did you read Romance in a Winter Wonderland? Please provide your feedback and rating to help other readers.
Write Review

List of All Editions of Romance in a Winter Wonderland