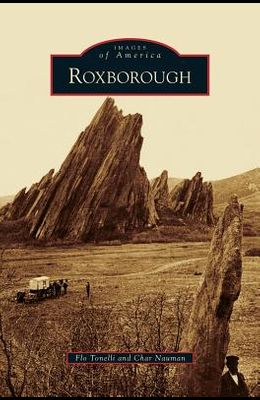 Part of the Images of America: Colorado Series
by
Flo Tonelli and Char Nauman
$31.99
Select Format

Paleo-Indians hunted Ice Age mammoths and ancestral bison in what is now Roxborough, Colorado. In 1820, Stephen A. Long s expedition traveled west across the plains into America s western frontier and camped along the South Platte River where water rushed into the Platte Valley from Rocky Mountain peaks. They discovered an area described by their geologist as a range of naked and almost perpendicular rocks . . . resembling a vast wall, parallel to the base of the mountain . . . the whole scenery truly picturesque and romantic. During the next 200 years, Roxborough has been home to Native Americans, mountain men, homesteaders, farmers, miners, dam builders, ranchers, railroad men, cowboys, and rocket scientists. Families live in sight of hogback formations, soaring red rocks, foothills, and mountains. Thousands arrive each year to hike trails in Roxborough State Park, Waterton Canyon, Colorado Trail, and Highline Canal. Roxborough s history, geologic wonders, and wilderness is a story of those whose eyes reached toward the stars.

Images of America: Colorado Series In Order - By Flo Tonelli

What should you read after Roxborough Book? Here is a list of books to read if you read and loved Roxborough

0
|   0  reviews
Did you read Roxborough? Please provide your feedback and rating to help other readers.
Write Review