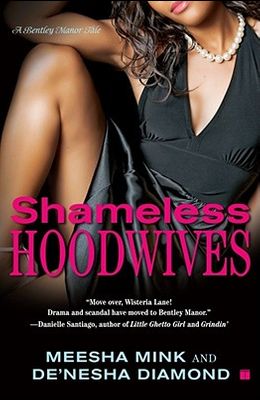 In the second installment of the Desperate Hoodwives trilogy, hailed by the New York Post and Essence as a can't-miss new series, hearts break, lives shatter, and lies prevail at Bentley Manor, where no one can escape their sins.

Four very different women find themselves caught in the web of Bentley Manor, one of the hood's most notorious projects, where no one has ever left unscathed. There's Keisha, who married the high school basketball star. Everything seemed fine, until Smokey got addicted to crack, and now she's desperate just to feed their kids. Takiah needs to get away from her pimp husband so bad that she's willing to go back to church, but what if the pastor's eyes stray from the heavens? With a voice to rival Mary J. and Whitney, Princess might just have the ticket to escape the projects, if only she could find her courage, while Woo Woo has escaped with her suburban husband--only to find herself sneaking back for steamy sexcapades with her drug dealer ex. And you can bet Woo Woo's not the only one with secrets to hide. From two critically acclaimed powerhouses in urban fiction, this is a gritty, passionate, and straight up real series that is not to be missed.

0
|   0  reviews
Did you read Shameless Hoodwives: A Bentley Manor Tale? Please provide your feedback and rating to help other readers.
Write Review

List of All Editions of Shameless Hoodwives: A Bentley Manor Tale