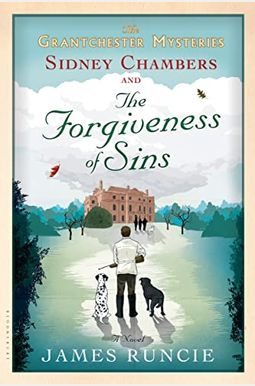 Sidney Chambers and the Forgiveness of Sins

Book #4 in the The Grantchester Mysteries Series
by
James Runcie
$4.08
Select Format

The fourth in The Grantchester Mystery Series, and the inspiration for the primetime PBS/Masterpiece television series, Grantchester.

The loveable full-time priest and part-time detective, Canon Sidney Chambers, continues his sleuthing adventures in 1960's Cambridge. On a snowy Thursday morning in Lent 1964, a stranger seeks sanctuary in Grantchester's church, convinced he has murdered his wife. Sidney and his wife Hildegard go for a shooting weekend in the country and find their hostess has a sinister burn on her neck. Sidney's friend Amanda receives poison pen letters when at last she appears to be approaching matrimony. A firm of removal men 'accidentally' drop a Steinway piano on a musician's head outside a Cambridge college. During a cricket match, a group of schoolboys blow up their school Science Block. On a family holiday in Florence, Sidney is accused of the theft of a priceless painting. Meanwhile, on the home front, Sidney's new curate Malcolm seems set to become rather irritatingly popular with the parish; his baby girl Anna learns to walk and talk; Hildegard longs to get an au pair and Sidney is offered a promotion. Entertaining, suspenseful, thoughtful, moving and deeply humane, these six new stories are bound to delight the clerical detective's many fans.

Frequently Asked Questions About Sidney Chambers and the Forgiveness of Sins

The Grantchester Mysteries Series In Order - By James Runcie

Books like Sidney Chambers and the Forgiveness of Sins

0
|   0  reviews
Did you read Sidney Chambers and the Forgiveness of Sins? Please provide your feedback and rating to help other readers.
Write Review