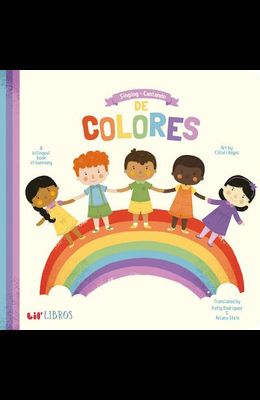 Inspired by one of the oldest and most beloved traditional Spanish folk songs, De Colores, this book introduces little ones to the beauty of life, joy, inclusivity, and their first English and Spanish words.

In this beautifully illustrated bilingual picture book, parents and children will be able to read and sing one of the most recognizable Spanish folk songs, De Colores featuring an English adaptation on each page. The book is overflowing with colorful illustrations as it pays a tribute to cultures throughout the world.

Books like Singing/Cantando de Colores: A Bilingual Book Of Harmony

0
|   0  reviews
Did you read Singing/Cantando de Colores: A Bilingual Book Of Harmony? Please provide your feedback and rating to help other readers.
Write Review

List of All Editions of Singing/Cantando de Colores: A Bilingual Book Of Harmony