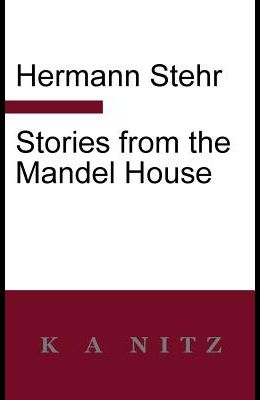 Stories from the Mandel House

The tailor Christoph Eusebius Mandel spins tales to occupy his son, Amadeus, but the songs which Amadeus weaves over his father and step-mother have an enchantment all their own.

It led him cautiously out of his fear into the world which he had not yet seen, and when he sang, regardless of what it was, sky or clouds or forest or his father or his mother, everything became as it had been and yet much, much more beautiful.

Germany possesses in Hermann Stehr an artist of profound clarity. That which is in motion in his works, and that which stands still, seems eternal. His people are creatures who have nothing finished in themselves, but still seem to exist at the dawn of creation, unreleased in God's iron forging hand. And there is still no plentiful sunlight over their world. . They suffer, as it were, the act of creation. - Gerhart Hauptmann, Nobel Laureate in Literature (1912)

Frequently Asked Questions About Stories from the Mandel House

0
|   0  reviews
Did you read Stories from the Mandel House? Please provide your feedback and rating to help other readers.
Write Review

List of All Editions of Stories from the Mandel House