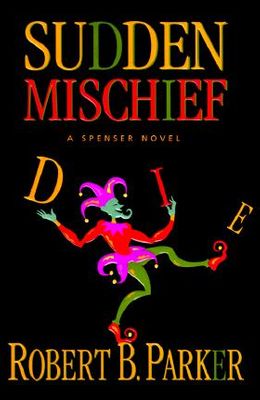 Book #25 in the Spenser Series
by
Robert B Parker
$3.88
Select Format

Brad Sterling - former Harvard football player, ne'er-do-well, and Susan Silverman's long out-of-touch ex-husband, is by all appearances a successful businessman. But when, in the course of running a vast fundraiser called Galapalooza, he is charged with sexual harrassment, he turns to Susan for help. Though Brad denies the charge, he's desperate, behind in alimony and child support payments to othre exes, and on the verge of insolvency. When Spenser, Susan's current love interest, reluctantly agrees to take the case, however, Brad claims everything is fine - he's free of debt and free of problems. While the harassment chare begins to look more and more suspicious, Spenser senses there is something wrong with Galapalooza as leads to charitites turn into dead ends. Susan, meanwhile, becomes steadily more agitates as she wrestles former deamons reincarnated by her ex-husband's reappearance. As the questions, mount, Brad disappears, a body is found, and clues to a shadowy mob connection begin to surface. Spenser finds himself fighting a two-front war against some very bad men, on the one hand, and against an increasingly unpredictable Susan, on the other.

0
|   0  reviews
Did you read Sudden Mischief? Please provide your feedback and rating to help other readers.
Write Review