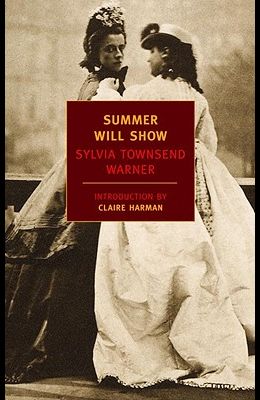 Sophia Willoughby, a young Englishwoman from an aristocratic family and a person of strong opinions and even stronger will, has packed her cheating husband off to Paris. He can have his tawdry mistress. She intends to devote herself to the serious business of raising her two children in proper Tory fashion.

Then tragedy strikes: the children die, and Sophia, in despair, finds her way to Paris, arriving just in time for the revolution of 1848. Before long she has formed the unlikeliest of close relations with Minna, her husband's sometime mistress, whose dramatic recitations, based on her hair-raising childhood in czarist Russia, electrify audiences in drawing rooms and on the street alike. Minna, magnanimous and unscrupulous, fickle, ardent, and interfering, leads Sophia on a wild adventure through bohemian and revolutionary Paris, in a story that reaches an unforgettable conclusion amidst the bullets, bloodshed, and hope of the barricades. Sylvia Townsend Warner was one of the most original and inventive of twentieth-century English novelists. At once an adventure story, a love story, and a novel of ideas, Summer Will Show is a brilliant reimagining of the possibilities of historical fiction.

0
|   0  reviews
Did you read Summer Will Show? Please provide your feedback and rating to help other readers.
Write Review