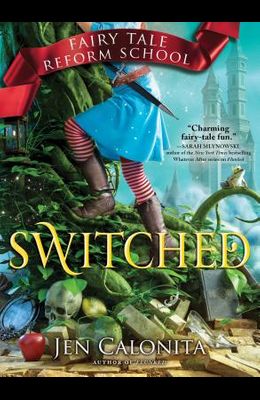 Things at Fairy Tale Reform School are great. Rumpelstiltskin has been ousted, and everyone is buzzing about the fact that Beauty and Prince Sebastian (aka the Beast) have joined the teaching staff. Everyone, that is, except Gilly, who can't seem to focus on anything but Anna. How is it that her beloved sister somehow went bad and joined up with Rump? And why doesn't anyone seem to care? Sure, the Royal Court says they're working on it, but they've got exactly nothing to show for it.

But when new-kid Jack joins FTRS with tales of his own family being snatched by Rump, Gilly knows she's in good company. Jack wants answers, just like Gilly. And if the Royal Court can't get the job done, then maybe it's time to break some rules.

What should you read after Switched Book? Here is a list of books to read if you read and loved Switched

0
|   0  reviews
Did you read Switched? Please provide your feedback and rating to help other readers.
Write Review