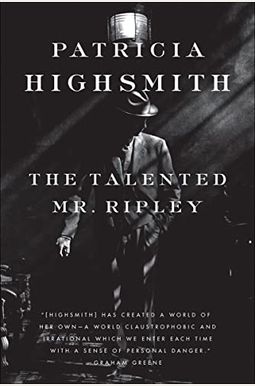 Since his debut in 1955, Tom Ripley has evolved into the ultimate bad boy sociopath, influencing countless novelists and filmmakers.

In this first novel, we are introduced to suave, handsome Tom Ripley: a young striver, newly arrived in the heady world of Manhattan in the 1950s. A product of a broken home, branded a sissy by his dismissive Aunt Dottie, Ripley becomes enamored of the moneyed world of his new friend, Dickie Greenleaf. This fondness turns obsessive when Ripley is sent to Italy to bring back his libertine pal, but he grows enraged by Dickie's ambivalent feelings for Marge, a charming American dilettante.

A dark reworking of Henry James's The Ambassadors, The Talented Mr. Ripley--immortalized in the 1998 film starring Matt Damon, Jude Law, and Gywneth Paltrow--is an unforgettable introduction to this debonair confidence man, whose talent for self-invention and calculated murder is chronicled in four subsequent novels.

0
|   0  reviews
Did you read The Talented Mr. Ripley? Please provide your feedback and rating to help other readers.
Write Review

List of All Editions of The Talented Mr. Ripley