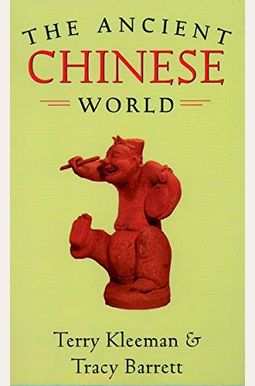 Part of the World in Ancient Times Series
by
Terry Kleeman and Tracy Barrett
$6.48
Select Format

Pangu, a god asleep inside a giant black egg for 18,000 years, wakes up to create the world. Liu Bang, the founder of a Chinese dynasty, begins his life as a peasant. Sun Tzu, a fearless war strategist, writes one of the most popular books of all time. These are just a few of the captivating figures you'll meet in The Ancient Chinese World.

Terry Kleeman and Tracy Barrett use a rich variety of intriguing primary sources-turtle shells, clay pots, an ancient wall, folk songs, poetry, and more-to construct a lively history of the politicians, farmers, warriors, and philosophers who created and shaped the ancient Chinese world. They also show us the fascinating process of constructing the historical jigsaw puzzle. Archaeologists discover a 400,000-year-old skull near modern-day Beijing and determine that it is one of our earliest human ancestors. A scholar who is prescribed dragon bones to cure an illness realizes that the bones-which are actually turtle shells-contain ancient Chinese writing used to send messages to the gods. The fantastic discovery of Lady Hao's tomb reveals that in ancient China a powerful woman led soldiers into battle. The letters exchanged by two military leaders show not only how the Chinese invented the sword, but also how they used the kite as a military weapon. Using these ancient artifacts and writings, Kleeman and Barrett weave the dramatic story of rulers, writers, soldiers, and citizens who made up the fascinating and unique world of ancient China.

World in Ancient Times Series In Order - By Terry Kleeman

4
|   4  reviews
Did you read The Ancient Chinese World? Please provide your feedback and rating to help other readers.
Write Review
1

List of All Editions of The Ancient Chinese World