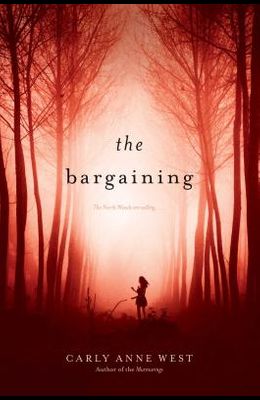 The Shining meets The Conjuring in this scary and suspenseful novel akin to old Stephen King novels (School Library Journal).

The fact that neither of her parents wants to deal with her is nothing new to Penny. She's used to being discussed like a problem, a problem her mother has finally passed on to her father. What she hasn't gotten used to is her stepmother.especially when she finds out that she'll have to spend the summer with April in the remote woods of Washington to restore a broken-down old house. Set deep in a dense forest, the old Carver House is filled with abandoned antique furniture, rich architectural details, and its own chilling past. The only respite Penny can find away from April's renovations is in Miller, the young guy who runs the local general store. He's her only chance at a normal and enjoyable summer. But Miller has his own connection to the Carver house, and it's one that goes beyond the mysterious tapping Penny hears at her window, the handprints she finds smudging the glass panes, and the visions of children who beckon Penny to follow them into the dark woods. Miller's past just might threaten to become the terror of Penny's future.

Frequently Asked Questions About The Bargaining

0
|   0  reviews
Did you read The Bargaining? Please provide your feedback and rating to help other readers.
Write Review