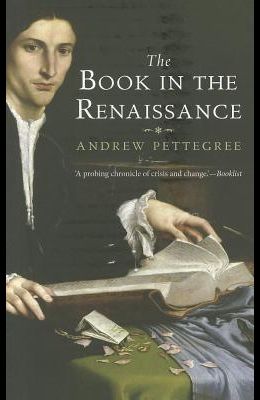 The Book in the Renaissance

A groundbreaking study of the fascinating, yet largely unknown world of books in the first great age of print, 1450-1600

The dawn of print was a major turning point in the early modern world. It rescued ancient learning from obscurity, transformed knowledge of the natural and physical world, and brought the thrill of book ownership to the masses. But, as Andrew Pettegree reveals in this work of great historical merit, the story of the post-Gutenberg world was rather more complicated than we have often come to believe.

The Book in the Renaissance reconstructs the first 150 years of the world of print, exploring the complex web of religious, economic, and cultural concerns surrounding the printed word. From its very beginnings, the printed book had to straddle financial and religious imperatives, as well as the very different requirements and constraints of the many countries who embraced it, and, as Pettegree argues, the process was far from a runaway success. More than ideas, the success or failure of books depended upon patrons and markets, precarious strategies and the thwarting of piracy, and the ebb and flow of popular demand. Owing to his state-of-the-art and highly detailed research, Pettegree crafts an authoritative, lucid, and truly pioneering work of cultural history about a major development in the evolution of European society.

Frequently Asked Questions About The Book in the Renaissance

0
|   0  reviews
Did you read The Book in the Renaissance? Please provide your feedback and rating to help other readers.
Write Review

List of All Editions of The Book in the Renaissance