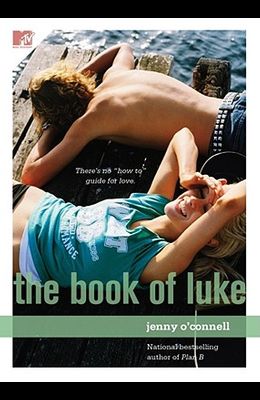 The Book of Luke

From the bestselling author of Plan B comes a funny and touching new novel about a girl, a boy, and a notebook that could ruin everything.

Emily Abbott has always been considered the Girl Most Likely to Be Nice -- but lately being nice hasn't done her any good. Her parents have decided to move the family from Chicago back to their hometown of Boston in the middle of Emily's senior year. Only Emily's first real boyfriend, Sean, is in Chicago, and so is her shot at class valedictorian and early admission to the Ivy League. What's a nice girl to do? Then Sean dumps Emily on moving day and her father announces he's staying behind in Chicago to tie up loose ends, and Emily decides that what a nice girl needs to do is to stop being nice. She reconnects with her best friends in Boston, Josie and Lucy, only to discover that they too have been on the receiving end of some glaring Guy Don'ts. So when the girls have to come up with something to put in the senior class time capsule, they know exactly what to do. They'll create a not-so-nice reference guide for future generations of guys -- an instruction book that teaches them the right way to treat girls. But when her friends draft Emily to test out their tips on Luke Preston -- the hottest, most popular guy in school, who just broke up with Josie by email -- Emily soon finds that Luke is the trickiest of test subjects . . . and that even a nice girl like Emily has a few things to learn about love.

Frequently Asked Questions About The Book of Luke

0
|   0  reviews
Did you read The Book of Luke? Please provide your feedback and rating to help other readers.
Write Review

List of All Editions of The Book of Luke