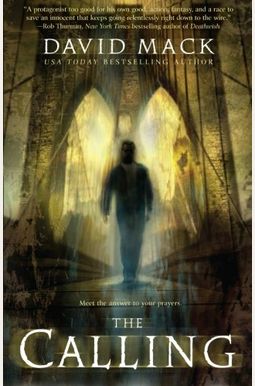 From acclaimed author David Mack comes a gripping supernatural thriller about a man who can hear other people's prayers for help - involving him in an ancient, ongoing struggle between the forces of heaven and hell.

For millennia, a supernatural war has been waged on Earth, with all the souls who dwell there as its pawns. On one side are the Called - men and women guided by guardian angels who defend humanity from its own worst impulses. On the other side are the Scorned - people influenced by fallen angels.

Tom Nash is a member of the Called who works as a handyman and makes his living doing odd jobs. He's 33 years old, married, and a few weeks away from becoming a father for the first time. And since he was 16, he's been hearing other people's prayers.

So when he hears the prayers of a kidnapped young girl in New York, he leaves his pregnant wife behind to help, unknowingly becoming a key figure in the ages-old conflict between the Called and the Scorned.

Expertly written, briskly paced, and featuring an edgy, cinematic style, The Calling is a page-turning thriller that listeners will be unable to put down.

Frequently Asked Questions About The Calling

4
|   1  review
Did you read The Calling? Please provide your feedback and rating to help other readers.
Write Review
1