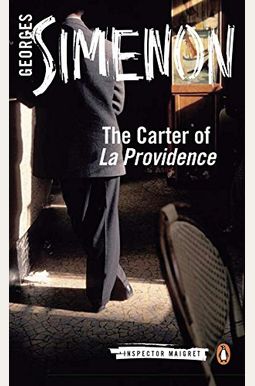 The Carter Of La Providence

What was the woman doing here? In a stable, wearing pearl earrings, her stylish bracelet and white buckskin shoes She must have been alive when she got there because the crime had been committed after ten in the evening. But how? And why? And no one had heard a thing She had not screamed. The two carters had not woken up.

Inspector Maigret is standing in the pouring rain by a canal. A well-dressed woman, Mary Lampson, has been found strangled in a stable nearby. Why did her glamorous, hedonistic life come to such a brutal end here? Surely her taciturn husband Sir Walter knows--or maybe the answers lie with the crew of the barge La Providence.

David Coward is Emeritus Professor of French at the University of Leeds, England, and an award-winning translator of numerous works from French.

Frequently Asked Questions About The Carter Of La Providence

0
|   0  reviews
Did you read The Carter Of La Providence? Please provide your feedback and rating to help other readers.
Write Review

List of All Editions of The Carter Of La Providence