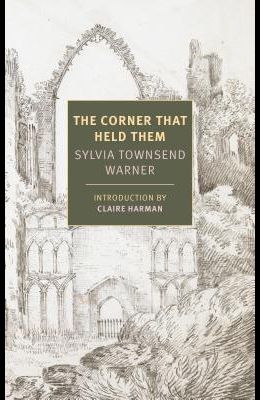 The Corner That Held Them

A unique novel about life in a 14th-century convent by one of England's most original authors.

Sylvia Townsend Warner wrote The Corner That Held Them, perhaps the most strikingly original of this unfailingly original novelist's works, in the aftermath of the Second World War, and it is a historical novel like no other, one that immerses the reader in the dailiness of history (history as it goes on happening, unimportant history) rather than history as the given sequence of events that, with time, it comes to seem. Time ebbs and flows and characters come and go in this novel set in the England of the second half of the fourteenth century, the era of the Black Death, and tells of the life of Oby, a Benedictine convent, quite removed from the world and of no particular note. The nuns do their chores and seek to maintain and improve the fabric of their house and chapel and struggle with each other and with themselves. The book that emerges, in which background and foreground continually shift, is not only a picture of a world run by women but also a story stirring, disturbing, witty, utterly entrancing--of what is perhaps the most defining but also unobserved of human units, a community. What is the life of a community and how does it support, or constrain, a real humanity? How do we live through it and it through us? These might be considered the deep questions that lie behind this rare triumph of the novelist's art.

Frequently Asked Questions About The Corner That Held Them

0
|   0  reviews
Did you read The Corner That Held Them? Please provide your feedback and rating to help other readers.
Write Review

List of All Editions of The Corner That Held Them