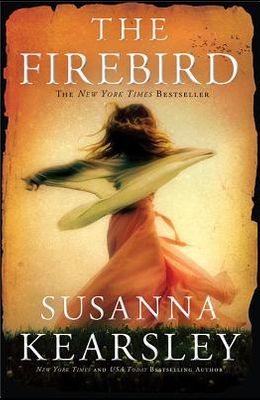 Book #2 in the Slains Series
by
Susanna Kearsley
$16.99
Select Format

I've loved every one of Susanna's books She has bedrock research and a butterfly's delicate touch with characters?sure recipe for historical fiction that sucks you in and won't let go --DIANA GABALDON, #1 New York Times bestselling author of Outlander

Art-dealer Nicola Marter was born with a gift so rare and dangerous, she kept it buried deep. When she encounters a desperate woman trying to sell a small wooden carving called The Firebird, claiming it belonged to Russia's Empress Catherine, there's no proof.

But once Nicola holds the object, her buried talent gives her surprising insight. She knows the woman is telling the truth.

Trying to keep to her hard-won job, Nicola sets out to confirm the fascinating history of The Firebird with help from a man she never thought she'd see again.

The Firebird is a sweeping historical romance that will whisk you from London to Scotland to St. Petersburg in a magical, century-spanning epic about the dangers and rewards of being true to yourself.

Also by Susanna Kearsley:
The Winter Sea
A Desperate Fortune
The Rose Garden
The Shadowy Horses
The Splendour Falls
Season of Storms
Mariana
Named of the Dragon
Bellewether

Frequently Asked Questions About The Firebird

0
|   0  reviews
Did you read The Firebird? Please provide your feedback and rating to help other readers.
Write Review