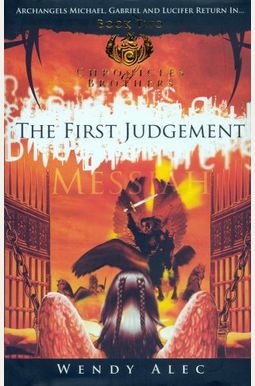 Book #2 in the Chronicles of Brothers Series
by
Wendy Alec
$4.08
Select Format

Banished from heaven, Lucifer, King of Perdition, presides over hell. Fired by hatred, he has a single goal: to lure unwitting mankind into damnation. And little by little, he is succeeding.

But the omens point to a shift in the balance of power. A star burns brightly over planet Earth, heralding the arrival of a child king. The Nazarene. Humiliated, Lucifer is returned to Perdition, mutinous and defiant.

Summoning the councils of hell, Lucifer conspires again against the race of men. The fallen will visit the Earth. A new Messiah will be cloned - an earthly emissary to carry out his twisted plans.

There could be no bigger canvas for film-making. - Mark Ordesky (Executive Producer - Lord of the Rings)

Alec not only re-frames pre-history; she also imaginatively illustrates how the realm of spirit impacts the contemporary material world. Ileen Maisel (Executive Producer for the Golden Compass)

This is the best work of fiction I have read since the last installment of Dean Koontz' Frankenstein series Jim McDonald - 1340Mag - Online Entertainment Magazine.

Chronicles of Brothers Series In Order - By Wendy Alec

0
|   0  reviews
Did you read The First Judgement? Please provide your feedback and rating to help other readers.
Write Review