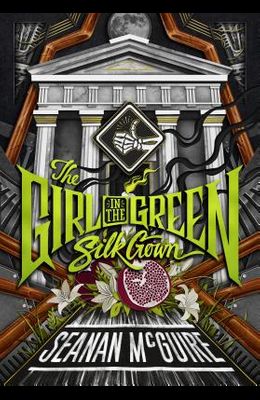 The Girl in the Green Silk Gown

The second book in the Ghost Roads series returns to the highways of America, where hitchhiking ghost Rose Marshall continues her battle with her killer--the immortal Bobby Cross.

For Rose Marshall, life began when it ended. She has friends, a home, and a purpose in the strange twilight where she spends her afterlife. Sure, she's an urban legend who didn't live to see her eighteenth birthday, but she's had time to adapt, and while things could be better, she's pretty happy with her lot in death. At least until Bobby Cross--the man who killed her in the first place--plays his ultimate card in the hole, resulting in her untimely, unwanted resurrection. Suddenly breathing and worse, suddenly mortal, Rose must find a way to solve the riddle she never wanted to contend with: how does a living dead girl make it back to the ghostroads without actually dying? Her quest will make allies out of enemies and enemies out of allies as she runs from the lands of the living to the lands of the dead, trying to find a way safely home.and safely back to her grave.

Frequently Asked Questions About The Girl in the Green Silk Gown

0
|   0  reviews
Did you read The Girl in the Green Silk Gown? Please provide your feedback and rating to help other readers.
Write Review