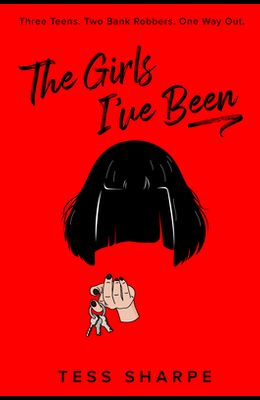 The Girls I've Been

Soon to be a Netflix film starring Millie Bobbie Brown In this feminist, suspenseful thriller the daughter of a con artist is taken hostage in a bank heist--and will need to tap into all her skills in order to survive.

A BUSTLE, REFINERY29, COSMOPOLITAN, BUZFED and MARIE CLAIRE MOST ANTICIPATED BOK of 2021
Nora O'Malley's been a lot of girls. As the daughter of a con-artist who targets criminal men, she grew up as her mother's prot g . But when her mom fell for the mark instead of conning him, Nora pulled the ultimate con: escape. For five years Nora's been playing at normal. But she needs to dust off the skills she ditched because she has three problems: #1: Her ex walked in on her with her girlfriend. Even though they're all friends, Wes didn't know about her and Iris. #2: The morning after Wes finds them kissing, they all have to meet to deposit the fundraiser money they raised at the bank. It's a nightmare that goes from awkward to deadly, because: #3: Right after they enter the bank, two guys start robbing it. The bank robbers may be trouble, but Nora's something else entirely. They have no idea who they're really holding hostage . . .

Frequently Asked Questions About The Girls I've Been

0
|   0  reviews
Did you read The Girls I've Been? Please provide your feedback and rating to help other readers.
Write Review

List of All Editions of The Girls I've Been